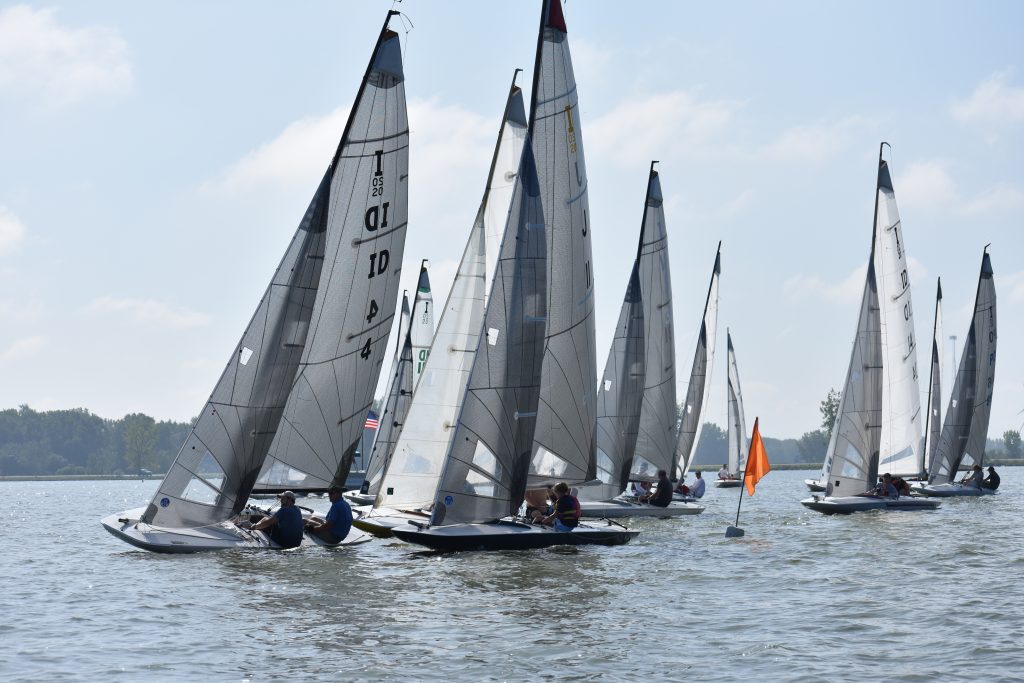 Joe Ewing of Indian Lake, Ohio won his first National Championship Sunday with consistent results over there days of quirky light air sailing at Lake Wawasee, Indiana. “You cannot win champs without a bullet,” his crew told him before the final day.

Only one point separated Ewing from reigning champion, Aaron Lynn, whose results built over the three day ergatta, as he and his youngest daughter Lizzie found their rhythm. In the end, two wins by the Lynn family on the final day were not enough to overtake Ewing.

Ewing’s victory was made that much sweeter by his son, Cole Ewing, who joined him in the strings for the first time in three years. Cole began a family during that time, now with a son and daughter.