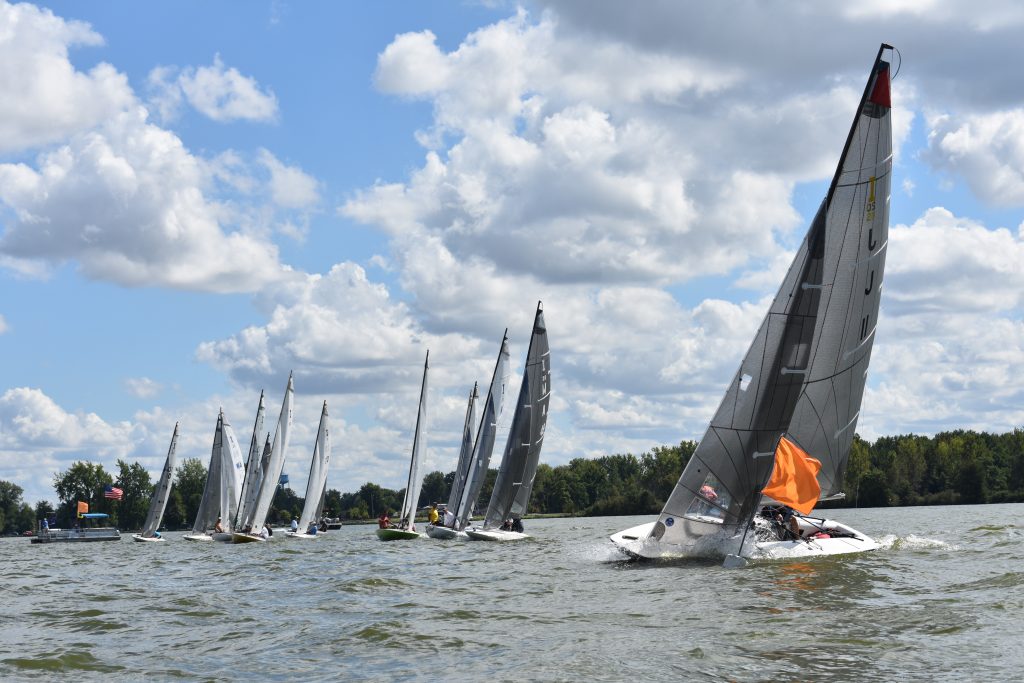 Most I20 clubs have their weekly series racing, but national calendar regattas are special. They are one big way I20 sailors grow their skills against the best in the class.

May 7-8: The first regatta of the season was held May 7-8 at Leesylvania State Park in Virginia, about 30 miles south of Washington DC, where the Potomac River widens almost a mile across. The state park has lifts for dinghies and first rate camping.

July 23-24: The Potomac Fleet is also offering it’s Rehoboth Bay regatta again July 23-24. This venue near Dewey Beach DE always has wind, even in the dead of summer, thanks to an ocean breeze that builds at 11am -12noon, and blows solid until dusk every day.  The bay is protected water, separated from the ocean by just 200 yards of dunes.  Camping sites have been set aside for traveling sailors.  Registration will open later in May but Stew Harris can answer questions in the meantime.

Sept 16-18: The I20 National championships will be held at Pymatuning Yacht Club in Pennsylvania. This is a large lake, approximately 6 miles long, which has hosted numerous national championships. At its general membership meeting last year several members expressed an interest in traveling to race outside the three or four lakes which historically host the national regatta.

For info on any of these events, please leave your contact here.