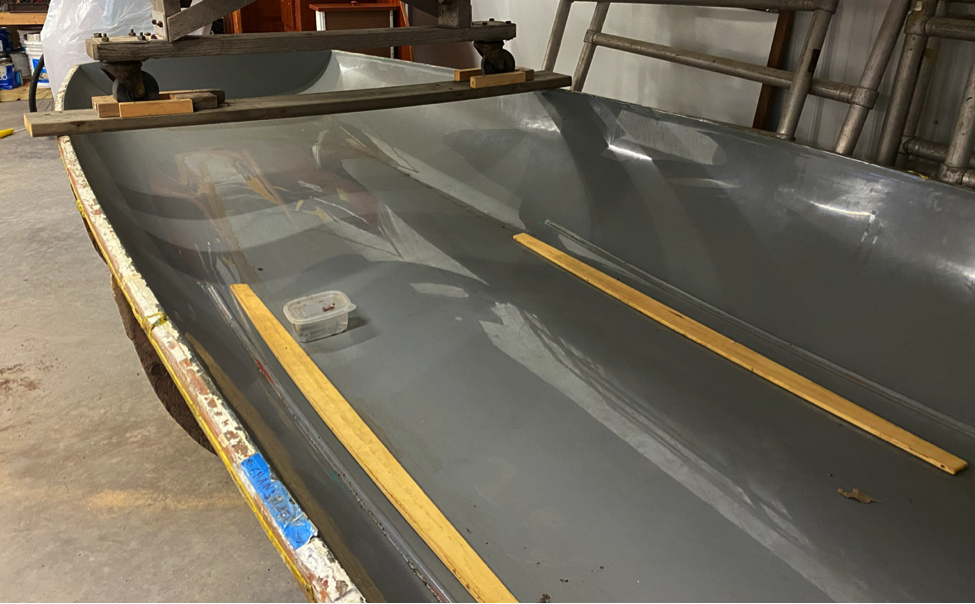 The purchase sets the Inland 20 class apart from every other scow, giving the I20 membership control over construction, delivery and marketing.

“We see this as a way to accelerate growth of this amazing class,” said Commodore Andy Allen, Lake Wawasee IN.  “Our members are in agreement and they are pledging money for the molds and construction of new boats.” The molds cost $5000.

“Are you asking for donations?” asked I20 sailor Greg Moore, when the mold purchase was announced at the NISSA membership meeting Sept 17 at Lake Wawasee.   Moore’s question was more of a challenge, prompting a total of ten I20 sailors to pledge support by purchasing NISSA lifetime memberships, which cost $750 apiece The class also has a healthy balance in its bank account from years of successful national regattas.

For more information on how to become a lifetime member and support this effort, please contact NISSA treasurer Stew Harris at stewharris@earthlink.net.

The molds, now under the care of NISSA, have been in production since the late 1970s, when they were created by Johnson Boat Works.   Since then, the molds were used to create boats under the OSP brand and by Crear Boatworks.

The molds have been in storage since 2012.  The previous owner, Geoff Catlin of Neenah WI, sold them with hopes it will catalyze new interest in the class.

Before they were purchased, the NISSA Board of Directors created a “Mold Preservation Committee” to examine the tooling. I20 stalwarts Aaron Lynn and Andy Gratton inspected the molds in storage and created an inventory that includes various tooling for keelsons, bulkheads and such.  They reported the tooling surface to be in good condition.